Highest peak in the Western Ghats

Anamudi is a mountain located in the Indian state of Kerala. It is the highest peak in the Western Ghats and South India, at an elevation of 2,695 metres (8,842 ft) and a topographic prominence of 2,479 metres (8,133 ft).It lies on the border of Devikulam Taluk, Idukki district and Kothamangalam Taluk, Ernakulam district.The name Anamudi literally translates to "elephant's head" a reference to the resemblance of the mountain to an elephant's head. Anamudi Shola National Park (ASNP) was declared as National Park in December 2003 as per Notification No. 12876/F2 2003/F & WLD dated 14.12.2003 of Government of Kerala 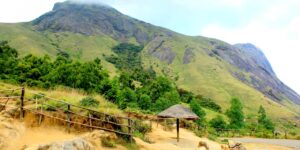 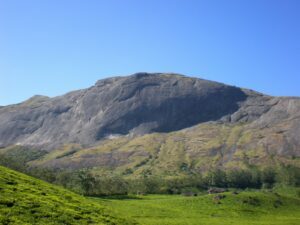 must-visit for every spiritual seeker