most visited backwater and lake in the state

Ashtamudi Lake (Ashtamudi Kayal), in the Kollam District of the Indian state of Kerala, is the most visited backwater and lake in the state. It possesses a unique wetland ecosystem and a large palm-shaped (also described as octopus-shaped) water body, second only in size to the Vembanad estuary ecosystem of the state. Ashtamudi means 'eight braids' (Ashta : 'eight'; mudi : 'hair braids') in the local Malayalam language. The name is indicative of the lake's topography with its multiple branches. The lake is also called the gateway to the backwaters of Kerala and is well known for its houseboat and backwater resorts.Ashtamudi Wetland was included in the list of wetlands of international importance, as defined by the Ramsar Convention for the conservation and sustainable utilization of wetlands. 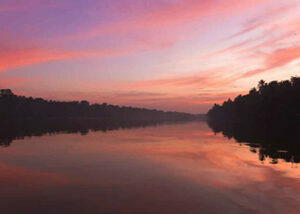 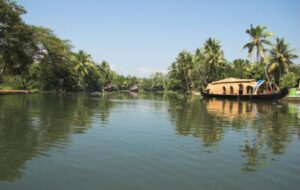 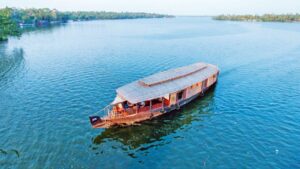