Situated in the heart of Kozhikode city in Thiruthiyadu, Azhakodi Devi Temple ( also known as Azhakodi Devi Mahashekthram) is one of the most ancient and renowned Devi temples. The presiding deity is ‘Bhadrakali’ poses in a calm disposition; the other seven maternal incarnations being- brahamani, maheshwari, kowmari, vaishanavi, vaarahi, indarni and chamundi. A Shivalinga is also present in the temple premises and is highly revered. The shrine is the only existing place of worship in Kerala which has two Devis are the chief deities.

The majestic idol of Shiva installed in the temple complex symbolises the very famous sensuous dancing sequence of Lord Shiva along with Goddess Parvathi at dusk- ‘Anthimahakaalan’; the idol of Nataraja symbolizes the rhythmic Thandava danced by Lord Shiva. However, the major attraction of the Azhakodi Devi temple is the ‘Kizhakkekavu’ (the kavu on the east). Hindu Goddess Kali enshrines the ‘Kizhakkekavu’ and the shrine is thronged by pilgrims day in and day out. Navratri Mahotsav and Vijaydashmi are the main festivals of the temple and are celebrated with full grandeur and vigour. 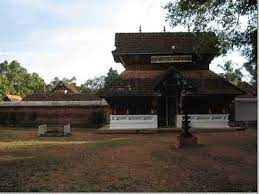 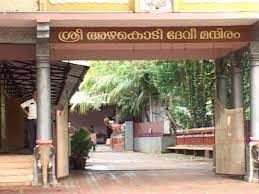 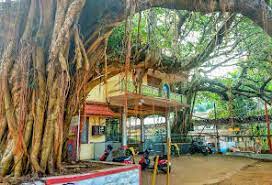 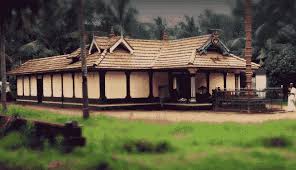 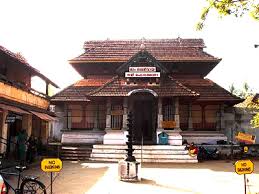 very calm beach and have very much historical importance