At a distance of 3 km from Kottayam Railway Station, Cheriapally Church is a Malankara Orthodox Syrian Church located in Kottayam, Kerala, India. Situated on the way to Kumarakom from Kottayam, it is one of the oldest churches in Kerala, and among the must-include places in Kottayam packages.

St. Mary's Orthodox Syrian Church, commonly known as Kottayam Cheriapally, is dedicated to mother Mary. According to the legend, the Thekkumkore (old Kottayam) kings were glad that Christians were living in their kingdom. King Kothavarma, who was ruling the kingdom during that period, provided them land for constructing the church, without levying the tax. A church was first built in 1550 and named Valiyapally. However, the congregation later split into ethnic lines and the dissidents built Cheriapally in 1579. The Cheriyapally Church was built by Portuguese architect Antony but the Portuguese did not influence the mode of worship in the church. It is typically dedicated to Syrian Christians.

The architecture of the church is a blend of European architecture along with Hindu temple elements. The Hindu influence is seen in the large brick walls outside, suspended lamps of the halls, and granite pillars while the Portuguese impressions manifest themselves in the dye paintings on the walls and ceilings, depicting the life of Christ.

Among the best places to visit in Kottayam, the Kottayam Cheriapally has the unique distinction of being the first church in India to get the relics of St. Mary, which is also known as the Soonoro or Holy belt of St. Mary. The Holy girdle was presented by Ignatius Yacub III, the Patriarch of Antioch to Baselios Augen I, the then Catholicos & Malankara Metropolitan who ceremoniously installed it at Kottayam Cheriapally on 16th January 1966.

The Feast of the Dormition of St. Mary is the major festival observed on 15th August in this church. The holy girdle kept in the church is taken out for public viewing during this festival. Another important festival celebrated at this church is the Feast of St. Mary falls on 15th January and is known as Vithukalude Perunnal which means 'the festival of seeds'. 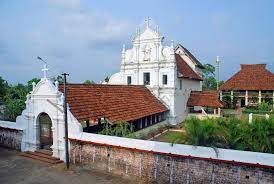 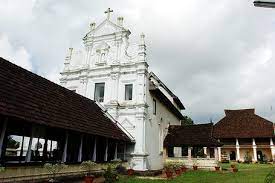 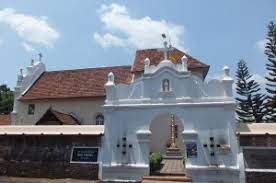