This famous church is known for celebrating huge feasts during the month of May. The church is also popular for its Christian and non-Christian pilgrims. The Vicar of this Palli was Father Thoman Olakkapady. Currently, the church is located close to the Mahatma Gandhi University’s St. Aloysius College which is built and managed by the church.

Since the church is located close to the below sea level area, therefore travelers can enjoy agricultural lands and rice farms that are seen separated through the rivers. The environs here are enchanting, with mud levees being used for separating runs which are nothing less than a highway or street that one would find in New York. A massive shrine at Edathua is located close by. The shrine features architecture similar to that of the churches in Medieval Europe.

The church itself was built in 1st century AD and is said to be built by St. Thomas himself, who was a disciple of Jesus Christ. The annual feast that is celebrated here starts on the 27th of April and concludes on the 7th of May. The feast sees St. George carried out, decked in golden colored regalia. Special church prayers are sung and some of them even feature the Syrian dialect of Hebrew. 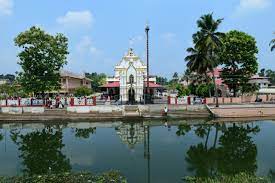 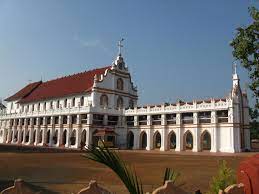 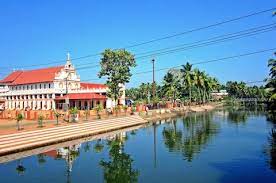