At a distance of 22 km from Nagercoil, 82 km from Tirunelveli, 85 km from Trivandrum, 130 km from Tuticorin, 242 km from Madurai, 375 km from Trichy, and 707 km from Chennai, Kanyakumari is a coastal town located at the southernmost tip of the Indian Peninsula in Tamil Nadu. Also called Cape Comorin, it is one of the must include places in Tamilnadu tour packages, and among the best Places to visit in Tamilnadu.

Kanyakumari is a popular tourist place and a place of great natural beauty. The city gets its name from the Hindu goddess Kanyakumari who was also known as Kumari Amman. Swami Vivekananda is said to have been lived here for a while and meditated. It is situated at the confluence of Bay of Bengal, Arabian Sea and Indian Ocean. This place offers marvelous Sunset and Sunrise views. It is the only place in India where one can enjoy the unique spectacle of Sunset and Moonrise simultaneously on full moon days as part of Kanyakumari tour packages.

Kanyakumari has been a great centre for art and religion for centuries. It was also an area of great trade and commerce. It was ruled by Cholas, Pandyas and Nayaks. Later on, Kanyakumari came under the rule of the Venad dynasty and its capital was located at Padmanabhapuram. In spite of the troubles encountered in the southern border of Venad, Marthanda Varma expanded the kingdom northwards to Aluva and established the kingdom of Travancore. In 1745, the capital was shifted from Padmanabhapuram to Thiruvananthapuram. Kanyakumari was ruled by the kings of Travancore, under the authority of the British, till India's independence in 1947, after that it became a part of the independent Indian Union.

Kanyakumari is held in high regards by the Hindus owing to its scared temples. One of the main attractions in Kanyakumari is the Kumari Amman Temple. Considered as one of the Shakti Peethas, this temple attracts large number of devotees every year. The Vivekananda Rock Memorial, Gandhi Memorial, Thiruvalluvar Statue, Padmanabhapuram Palace, Suchindram, Pechiparai Reservoir, Vattakottai Fort, St Xavier's Church and Udayagiri Fort are the places to visit in Kanyakumari. Some of the popular beaches near Kanyakumari are Thengapattinam Beach, Sanguthurai Beach and Chothavilai Beach. 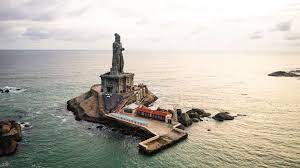 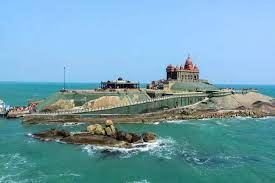 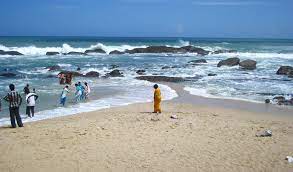 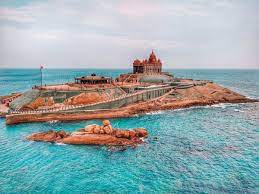 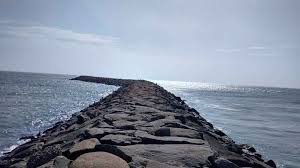