Situated in Memunda in the Kozhikode district of Kerala, Lokanarkavu Temple is a revered Hindu temple and an ancient heritage site. The name Lokanarkavu is a derivation of the Malayalam word Lokamalayarkavu; lokam meaning world, mala meaning mountain and kavu meaning grove. A perfect blend of conspicuous simplicity and age-old tradition, the shrine is a subtle memorial for the valiant heroes of Vadakkanpattu of the bygone era and associates itself with Kalarippayattu- the local martial art. History goes to say that the local martial hero - Thacholi Othenan, used to worship here everyday in the olden days. Reverberating with an ambience of venerated legend, the temple is replete with fascinating murals, frescos and sculptures which are a wonderful depiction of the heroism of the age-old times.

Believed to be the official family temple of 500 ancient Aryan Nagariks who migrated to Kozhikode along with their ancestors, the temple enshrines Goddess Durga. Besides, there are two adjacent shrines dedicated to the gods Vishnu and Shiva. In addition to this, a quaint water tank in the centre of the premises accentuate the beauty of the temple which is built in the spectacular Kerala style architecture with traditional patterns. Pooram is an important festival at Lokanarkavu and it is also the only temple where the unique folk dance Poorakkali is performed during the annual. 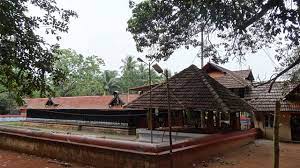 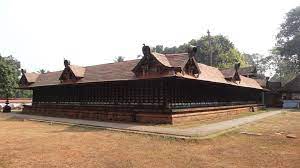 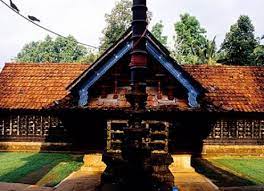