one of the oldest mosques in India

Malik Deenar was Persian scholar and traveller. He was one of the first known Muslims to have come to India in order to propagate Islam in the Indian Subcontinent after the departure of King Cheraman Perumal.Even though historians do not agree on the exact place of his death, it is widely accepted that he died at Kasaragod and that his relics were buried at the Malik Dinar Mosque in Thalangara, Kasaragod. Belonging to the generation of the tabi'i, Malik is called a reliable traditionalist in Sunni sources, and is said to have transmitted from such authorities as Malik ibn Anas and Ibn Sirin. He was the son of a Persian slave from Kabul who became a disciple of Hasan al-Basri. He died just before the epidemic of plague which caused considerable ravages in Basra in 748-49 CE, with various traditions placing his death either at 744-45 or 747-48 CE. 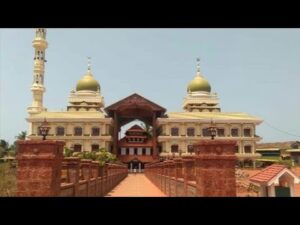 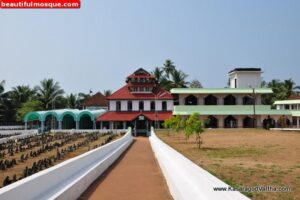