One of the oldest and important temple

One of the oldest and important temples in Kasaragod, the Mallikarjuna temple is devoted to lord Shiva known here by the name Mallikarjuna. The temple is situated in the heart of the Kasaragod city near the taluk office. The Kumbala River flows close by to the south of the temple.  Legend has it that the idol of Lord Shiva in the temple is adorned by Arjuna (Arjuna in classical Sanskrit is one of the Pandavas, the heroes of the Hindu epic Mahabharata.)

There are some modern colour paintings at the inner wall of valiyambalam, depicting figurines of Sree Sankaracharya, Lord Ayyappa, Lord Ganapathi, Lord Shiva and Goddess Durga.  Mallikarjuna temple festival conducted yearly is the most famous and significant festivals here. Yakshagana performances are common in the temple premises. 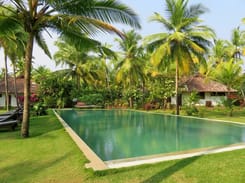 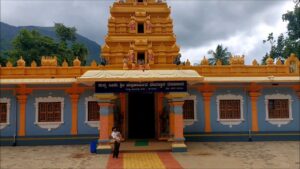