The Padmanabhaswamy temple is a Hindu temple located in Thiruvananthapuram, the state capital of Kerala, India. The name of the city of Thiruvananthapuram in Malayalam translates to "The City of Lord Ananta",referring to the deity of the Padmanabhaswamy temple. The temple is built in an intricate fusion of the Chera style and the Dravidian style of architecture, featuring high walls, and a 16th-century gopura.While the Ananthapura temple in Kumbla is considered the original seat of the deity ("Moolasthanam"), architecturally to some extent, the temple is a replica of the Adikesava Perumal temple in Thiruvatta 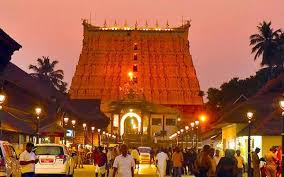 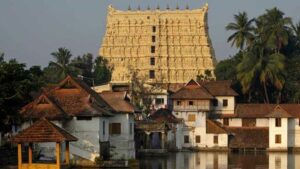 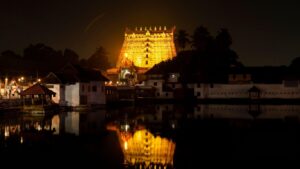