At a distance of 14 Kms from Kottayam Railway Station, the Palli Bhagavathy Temple is located in Neelamperoor, close to SH1 Changanassery. Neelamperoor is part of the Kuttanad region and is a beautiful place surrounded by canals.

The temple has a history of 1700 years. The original construction is believed to be a Buddhist Temple, which was later converted to Hindu Temple. Cheramanperumal, the Emperor of Kerala (250 - 300 AD), had become a Buddhist monk and spent his last days at Neelamperoor. It is believed that Cheramanperumal has built the original temple as a Buddha Vihara. Later the temple was said to be converted to Devi temple.

The principal deity of the temple is Goddess Durga. Separate shrines for Lords Ganapathi, Siva, Dharmasastha, Mahavishnu and Rakshas are built outside the main temple.

The annual festival is called 'Poonam Padayani' celebrated in the month of Aug / Sep for 10 days. The primary attraction of the festival is the display of the 45 feet Sway. 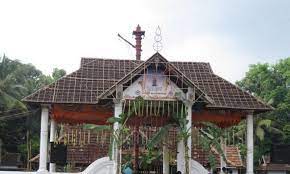 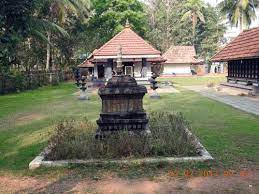 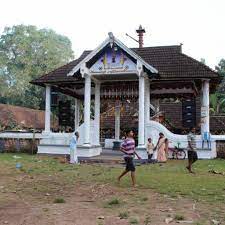 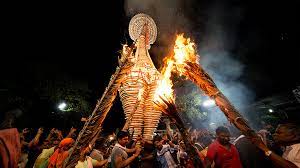