St. Thomas Major archiepiscopal church, Palayur (The Birthplace of Christianity in India) is located at Palayur (also spelt Palayoor), in Thrissur district in Kerala on the west coast of India. According to tradition, the Syrian church was established in 52 AD by St Thomas, one of the twelve apostles of Jesus Christ.[1] It is one of the oldest churches in India.The first church in india was established here, and St Thomas performed The First baptism in India here, therefore this church is called an Apostolic Church credited to the apostolate of St. Thomas, who preached and also introduced Christianity to the people here. It was part of the seven churches that he established in India, the others being at Cranganore, Kokkamangalam, Kottakkavu, Kollam, Niranam, and Chayal (Nilackal). The original small church structure has been retained at the original site. But substantial improvements around it were carried out during the 17th century by Giacomo Fenicio as necessary, without sacrificing the main sanctity of the place. 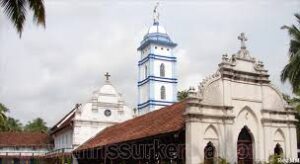 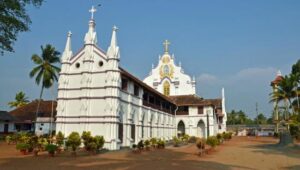 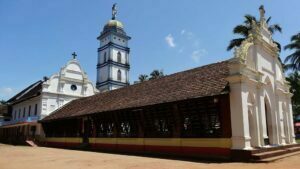 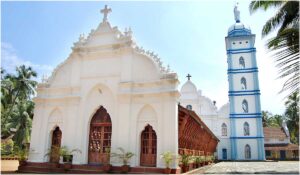