Vypin is one of the group of islands that form part of the city of Kochi, in the Indian state of Kerala. The island is about 27 kilometres (17 mi) long and is connected to mainland Kochi by a series of bridges known as the Goshree bridges, which start at Kalamukku in Vypin, touch other two islands and then finish at Marine Drive covering a total distance of around 3 km (1.9 mi).Vypin is 58th most densely populated islands in the world. Njarakkal, one of the ,most densely populated locations within Vypin. The western coast of Vypin has the longest beaches in Kochi namely, the Cherai Beach, Kuzhuppilly Beach and the Puthuvype Beach. Munambam, at par the northern tip of Vypin, is home to the Munambam Fishing Harbour, the largest fishing harbour in Kochi. Puthuvype has become the major industrial hub in Kerala and the fastest growing city suburb due to the SPM project run by Kochi Refineries(it is a pumping station offshore of Kochi Port,) the Puthuvyp LNG Terminal, the IOC Bottling Plant and the proposed Oceanarium. 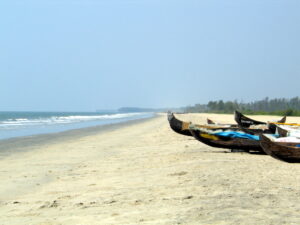 where you will find synagogues

Fun Rides For All