At a distance of about 4 km from Trivandrum Central Railway Station, the Zoological Gardens is a well-maintained zoo park situated in the complex of Napier Museum in Trivandrum. Also known as Trivandrum Zoo, it is one of the popular zoo parks in Kerala, and among the must visit places as part of Trivandrum sightseeing packages.

Established in 1859 by the Maharaja of Travancore, Thiruvananthapuram Zoo is one of the oldest Zoological Parks in India. Swathi Thirunal Rama Varma (1816-1846), the ruler of Travancore was the visionary behind the establishment of the Thiruvananthapuram Museum and Zoo. He had a broad variety of animals, including elephants in his horse breeding center. It was however left to his brother Uthram Thirunal Marthanda Varma and the then British Resident General Cullen which resulted in the establishment of Napier Museum and Zoo in Thiruvananthapuram. The zoo was originally built with the typical iron-barred cages prevalent at the time. A modernization project started in 1995, aims to gradually replace the old enclosures with spacious naturalistic enclosures.

Considered as among the significant Trivandrum tourist places, the zoo occupies 55 acres (22 ha) of woodland, lakes, and lawns. The Thiruvananthapuram Zoo is home to 82 species of animals from around the world. Indigenous species at the zoo include lion-tailed macaque, Nilgiri langur, Indian rhinoceros, Asiatic lion, royal Bengal tiger, white tiger, and leopard, Asian elephants, giraffes, hippos, zebras, and Cape buffalos. The zoo also includes a snake farm called 'The Reptile House', which exhibits both poisonous and non-poisonous snakes along with 7 Anacondas. Visitors can also take a boat ride in the lake while exploring the nature's beauty. 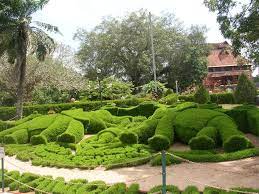 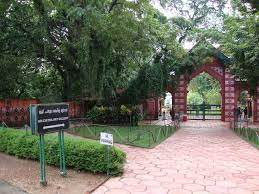 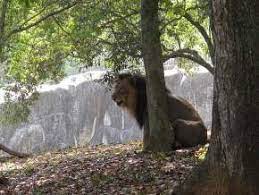 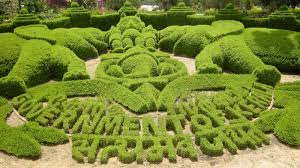 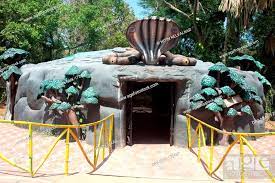